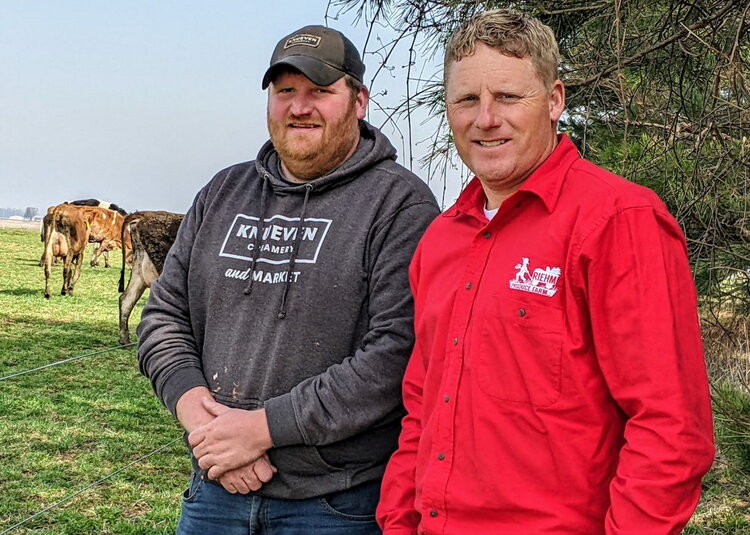 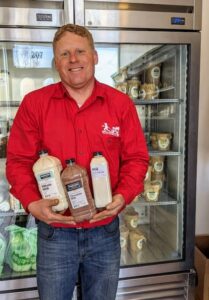 The Riehm-Knueven partnership is expanding to offer market box members with a greater selection of milk, ice cream and cheese from Knueven Creamery.

The 250-acre organic family-owned dairy farm produces ingredients from natural, low-temperature vat-pasteurized milk that is not homogenized and is GMO free. The farm is 100% free of added growth-hormone and antibiotics from their cows.

Knuevens and Riehms started working together when Laurie, one of the siblings who operate the creamery, contacted Riehms through Facebook.

Phil said “The creamery had a good reputation, so the partners worked out methods of storage and transportation for the perishable products.”

The summer of 2022, weekly csa market box members can begin getting dairy items delivered to several pickup locations with portable refrigerators and freezers.

Today, the farm produces about 150 gallons of milk each day. 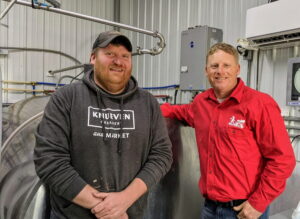 Scott Knueven, another of the siblings, said it takes about a gallon of milk to make your gallon of homemade ice cream. The creamery doesn’t add air to increase the volume.

Vanilla and chocolate are usually available, but the creamery incorporates fresh fruit in season. “Our strawberry ice cream is one of our biggest sellers,” Scott said.

“Look for the Riehm-Knueven partnership to grow because we’re going to provide Riehm fruit,” Phil noted during a recent conversation with Scott at the dairy. 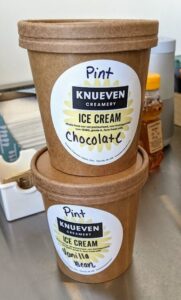 Watch your weekly list for more varieties to come.

In addition to ice cream, Riehm’s CSA Market Boxes is offering Knueven whole milk and coffee creamer from mostly grass-fed cows as well as a variety of cheeses. Look for options such as gouda, cheddar curds, jalapeno, bacon, feta and fresh mozzarella, and the creamery is looking to add more varieties as it adds space for the aging process.

A gallon of milk makes about a pound of cheese for you to enjoy, depending on the cheese variety, Scott said, “Cheeses must age from one to six months, depending on type, before it’s ready for sale”.

“We’re building a cheese cave for aging,” he said. The refrigerated “cave” is one of the latest upgrades to the farm in the Leipsic-Gilboa area.

Another is a robotic milking system, which can automatically handle the milking of 60-70 cows.

The family is learning how to use the system with the assistance of brother Nate, who sells robots for the auto industry and understands much of the technology involved.

The robotic system reads each cow’s ear tag and knows how much grain she gets. “It feeds the cow and makes her comfortable while she is milked,” Scott said. “A cow can get milked whenever it wants, it’s her choice.”

Of course, the on-demand milking has its daily limits. “It’s a lot of learning,” Scott said. “About the first of May it’ll be operational.” The robot replaces personnel who handle the milking. “Finding help these days is not easy,” Scott said.

In addition to the cows — the farm is home to pigs, chickens, turkeys and ducks. 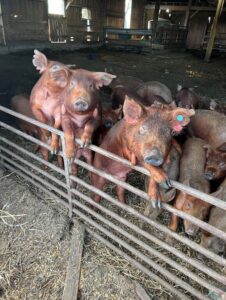 Pigs are feed whey protein and left over milk from the cows.

Our great grandparents were farmers too. “We were raised in a farming family by our parents. With Mom in spirit and Dad by our side, we manage the farm with their same values, fiery passion, love, and fortitude. The industry has changed. We keep on.”

Scott said the dairy was restarted in 2002 after producing vegetables in the 1970s through 1990s. “It was a pickle station,” he said. “When I was younger, I remember Dad having tomatoes in the ’90s.”

The decision was made to transition back to dairy. Scott and his oldest brother, Kevin, now work full time on the farm. 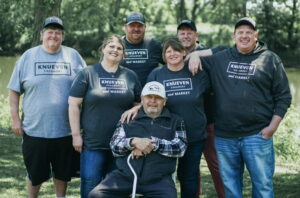 The family farm has been in operation for five generations.

Kevin makes the ice cream. Brother Keith, who lives in Pittsburgh, designs labels and similar remote work such as operating the website. Brother Nate works weekends on the farm as well as an outside job. Laurie manages Knueven Creamery and Market in Gilboa, and sister Jenny helps in the store as needed.

The spouses and other family members also are involved as well as a full-time employee and a few part-time employees as needed. 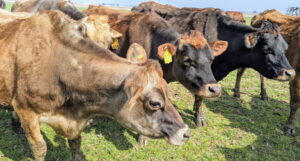 “We are primarily a grass-fed operation,” Scott said. Some sweetened grain is added to their diets during milking as a treat.

In 2018, the family started the creamery at the dairy. When they started to produce more products, the family members decided to open a store. Laurie manages the Knueven Creamery and Market where people can stop in for an ice cream cone, or to buy ice cream or milk to take home. 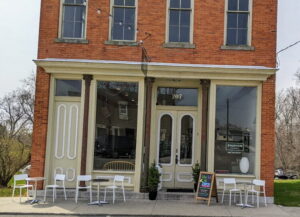 The store also offers many other products made by small businesses — many local and some from further away. “It’s stuff made by small people like us,” Scott said. About 200 gallons of whole milk goes to the store every week.

“The store surprisingly goes through a lot of whole milk,” he said. “I’m glad that people have caught onto the whole milk.” Scott said whole milk has more nutrients than low-fat milk, including a larger amount of protein.

In addition to milk products, Scott said the family would like to increase their production and sale of flours made from heritage grains such as emmer, spelt and red fife wheat.

And in the future, the Knuevens might add yogurt to their product line. Scott said Laurie is “dabbling in the yogurts. That’s still a learning experience for us.”

In the meantime, the Riehm-Knueven partnership offers a variety of dairy products made right here in Northwest Ohio.