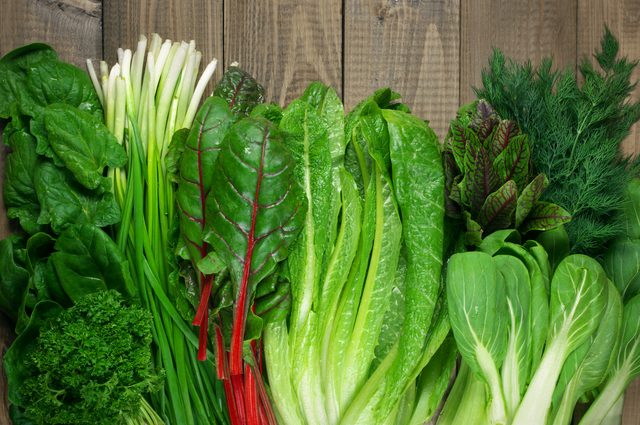 Unlike the more delicately flavored and smaller-sized salad greens, this group of greens are hardy (in general, they tolerate colder weather better). In spite of all their differences in texture and taste, they are often interchangeable.

Most recipes call for some cooking to reduce bitterness, as well as to soften the leaves and stems to make them more palatable. Wilted, blanched, sautéed, braised, or even puréed, these greens add great balance and depth to any dish and pair especially well with garlic, lemon, and olive oil.